Your Skin on Mushrooms

by Amanda Rodriguez of WLDKAT

When jogging my memory of the most common natural beauty ingredients we see when scanning skincare bottles and potions, most of us think of pretty plant oil extracts that are sourced from flowers or herbs. Rose water and aloe are mainstays, not only for their calming and hydrating properties, but also because they tend to evoke a feeling of "beauty" and opulence. But much like the weirdly colored smoothie I made this morning for breakfast (some berries, a gang of nuts, seeds, other powdered "nutrients," along with a massive handful of kale), it’s not always the prettiest plants in the world that have the greatest benefits.

Which is what brings me here:

If you’ve been paying attention to the world around us, society has decided to finally dive deeper into the features and benefits of mushrooms. Not only as a powerful mind-altering substance or a favorite pizza topping, but as a nourishing ingredient for your complexion.

But shrooms aren’t exactly new to the beauty scene. While researching the benefits behind Snow Mushrooms (also known as Tremella Mushrooms or The Beauty Mushroom) for our upcoming Mushroom + Moss gel cream moisturizer over here at WLDKAT, I was excited to learn the long beauty history of this strange and beautiful forest fungi.

Rare and highly sought after, the use of Snow Mushrooms dates back to the imperial Tang dynasty. Yang Guifei—one of China's famed four great beauties—is said to have credited the fungi as a crucial part of her beauty routine. NOTED. To this day, it not only is a staple beauty ingredient, but Snow Mushrooms have been a popular staple of Chinese cuisine for centuries. The fungi are loaded with dietary fibers, protein, minerals, antioxidants, and high in vitamin D. It’s still commonly used in a variety of dishes from anti-aging soups to desserts.

As the knowledge of their internal benefits began to trickle out to the modern world, experts and researchers started to uncover their topical benefits as well: serious hydration, wound healing, antioxidant protection, redness reducing, soothing, nourishing, and skin brightening. (1) Snow Mushrooms are now looked at as nature's version of hyaluronic acid, a traditional chemical compound made famous for its serious moisture retention. 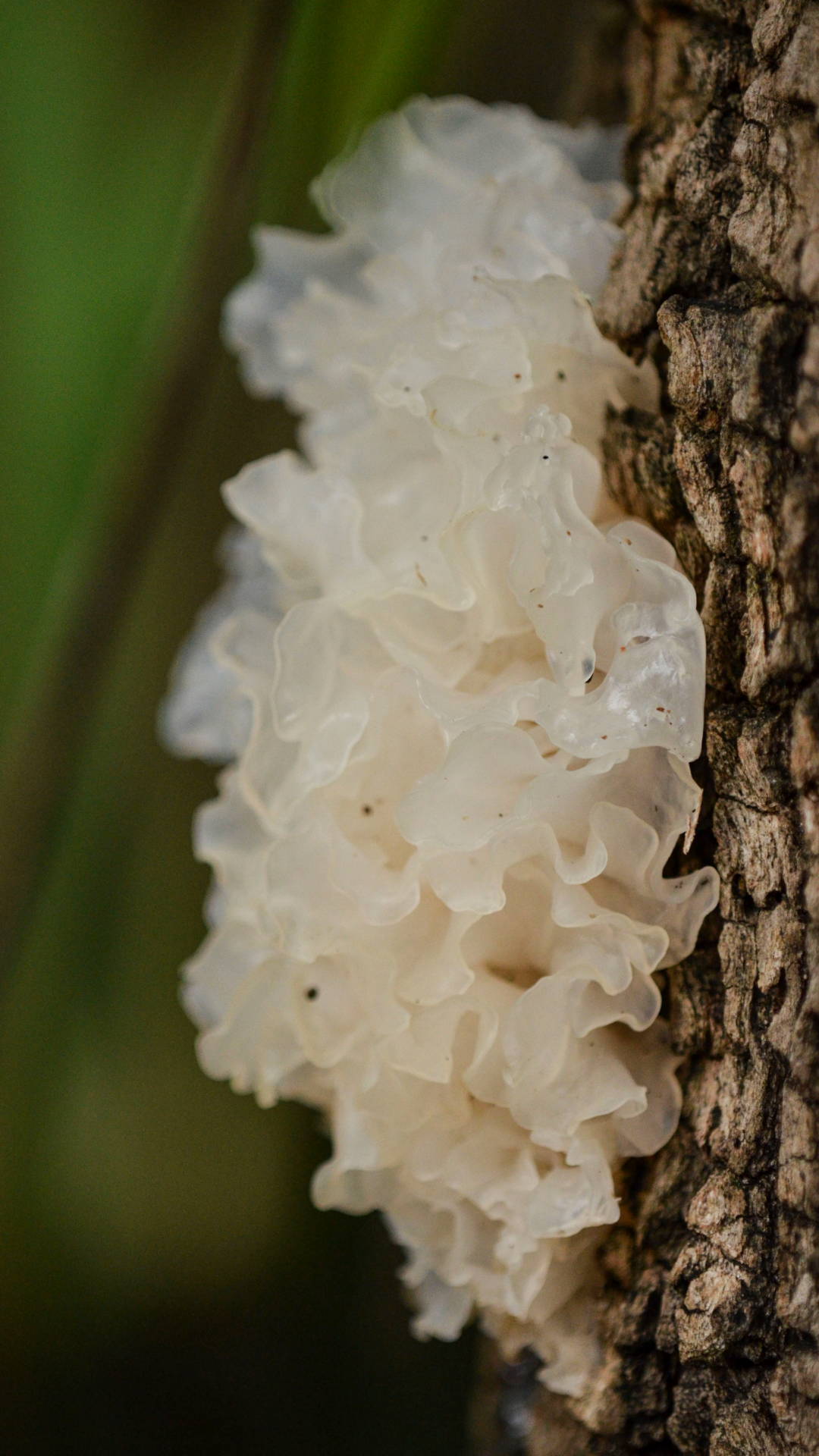 Tremella fuciformis growing from the side of a tree 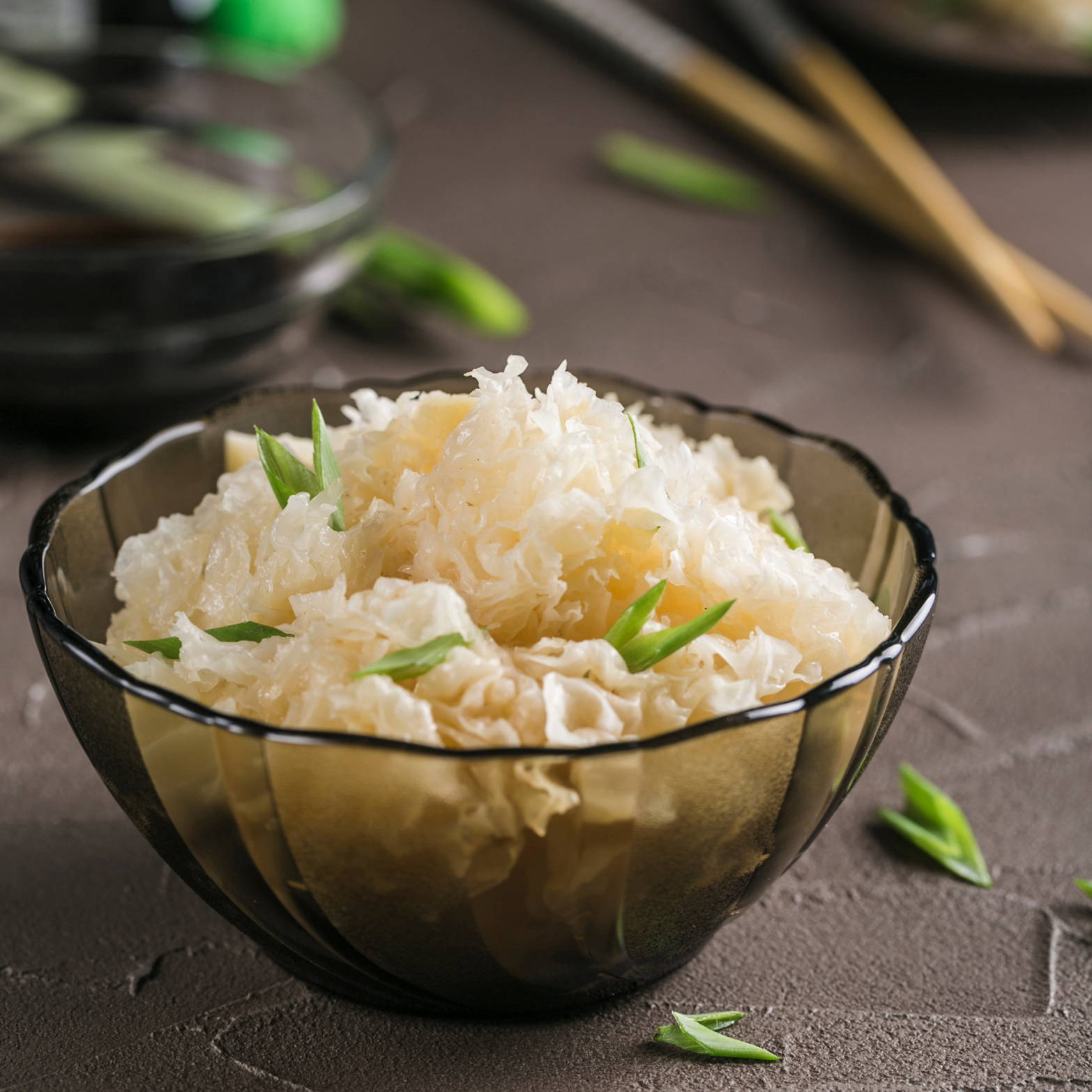 That hydrating power stems from a rich combination of vitamins, minerals, amino acids, and polysaccharides in the snow mushrooms. One of them, tremella fuciformis polysaccharide (TFPS) can absorb moisture from the air! When combined with glycerin, it completely hydrates the skin. (2)

With over 14,000 species of mushrooms, each of them has their own unique and different composition. Mushrooms are by no means a new discovery, but clean beauty enthusiasts are happy to see the industry looking at these natural and non-chemical derived ingredients not only as new options but also ones that are just as effective as their predecessors. As time and the beauty industry continues to evolve and clean itself up, so will our rediscovery of forgotten ingredients made by the earth itself.

2 Replies to "Your Skin on Mushrooms"